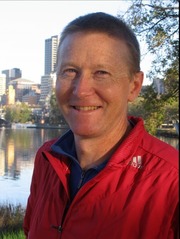 
Professor Martin’s work concentrates on early visual processing in primates. His work on visual signals in magno-, parvo- and koniocells in the primate retina and lateral geniculate nucleus is internationally acclaimed and highly influential. The significance of his scientific advances is amplified by his talent for presenting complex results in an easily understood manner for scientific and non-scientific audiences alike. He has generously served on boards of many funding organizations, in editorial positions at Visual Neuroscience and Vision Research, and on the ICVS Board of Directors. A prolific mentor, he has trained more than 25 Ph.D. students